Oculus Rift will be available later this year but are consumers ready for this VR technology? 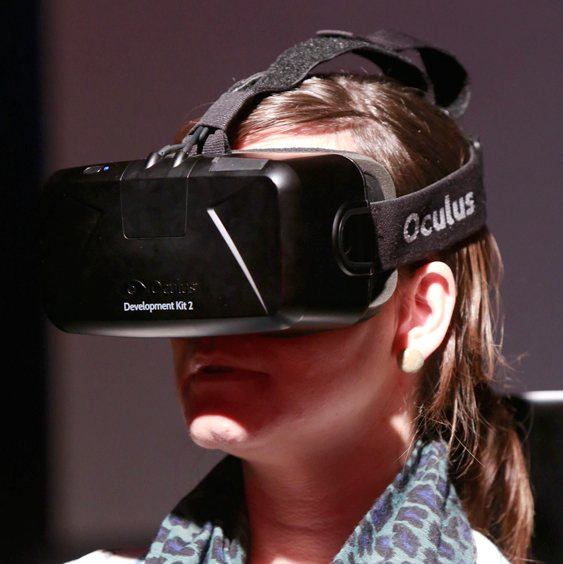 Oculus Rift, the long-awaited virtual reality (VR) headset, will see release later this year.  A US price of $600 has been announced.  This includes the Rift, a case, an Xbox One controller, a wireless receiver, remote, sensor and two games (a shooter and platformer).  Some may find the price a bit hard to swallow, especially since you’ll need another device to run this peripheral.  In a recent interview with GameSpot, Oculus Rift creator Palmer Luckey explained that he understood the pricing concerns, but sees the Rift as VR’s introduction to mainstream markets.

Pre-orders are scheduled to begin arriving in customers’ hands in May.  We’ll have to wait until mid-year to see if the Oculus Rift will catch on with consumers but it won’t be alone.  As Luckey points out, research and development into VR technology has exploded in the last few years, and shows no signs of slowing down.

What could the Oculus Rift and other VR systems bring to the masses?  The first application you’ll probably think of is gaming.  There are several titles in development, including the aforementioned platformers and shooter bundled with the Rift.  Other games include Dead and Buried, in which you take on the role of an Old West gunslinger.  A more modern first-person shooter is Bullet Train, which allows you to unload an arsenal on hordes of enemies.  The ubiquitous Minecraft is also heading to VR in the very near future!

Videos and other media are also big draws for VR.  Facebook is already allowing users to upload 360-degree videos.  Short films are being professionally produced for use with the device as well.  Oculus is also developing Medium, an artistic program that allows you to sculpt virtual clay in three dimensions.

Will the future of Oculus Rift and other VR products be boom or bust?  You can discuss your thoughts in our comment section below!

Visit our website for more IT-related blogs and info on our company.  Share your thoughts on our service by leaving a review through Google or on our Facebook page.  Hearing from you helps us deliver the best customer experience possible!